Throughout the year, we will post interesting FluTracking analyses for your feedback.

What did we do?
We compared symptoms reported by FluTrackers in July/August 2021 in Australia.

So what?
We can see that symptom profiles can greatly vary between age groups. 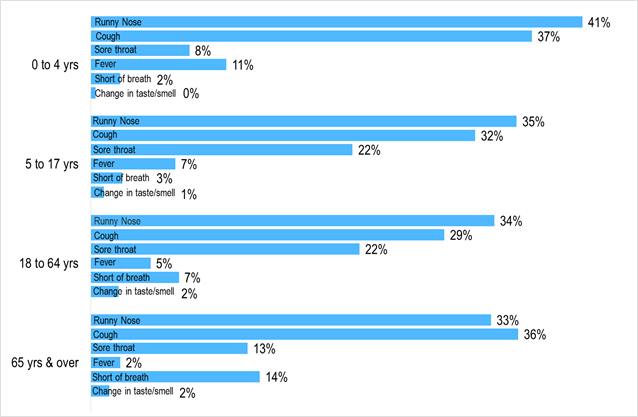 What did we do?
We compared respiratory illness symptoms reported by our FluTrackers from April 2019 to July 2021.

So what?
We can be confident that FluTracking data highlights the drastic effect social distancing measures and stay at home orders can have on influenza-like illness and COVID-19-like illness.

What did we do?
We conducted a cross-sectional survey assessing the community burden of breathing difficulties following a suspected thunderstorm asthma event in Victoria on 11 November 2020.

So what?
FluTracking demonstrates the capacity to be rapidly utilised in responding to public health events.

What did we do?
We completed a pilot survey to assess the community level burden of smoke-related symptoms.

What did we find?
In the smoke affected region we surveyed, the most commonly reported symptoms were eye irritation, throat irritation, and cough.

So what?
FluTracking demonstrates the capacity to be rapidly utilised in responding to public health events.

These results relate to our pilot study conducted relating to the time period from December 2nd to December 15th. The results for the Australia wide survey will be posted here once data analysis has been completed.

Large parts of the Eastern coast of Australia are currently experiencing extreme and catastrophic bushfire events. The prolonged presence of visible smoke in the air across much of NSW has caused significant media attention to be directed at the possible health impacts of prolonged exposure to smoke. In NSW, hospital and Emergency Department presentations for smoke-related breathing problems have increased, but the community burden of smoke-related symptoms remained unknown.

In response to the growing community concern, and to assess the community level burden of smoke-related symptoms, the FluTracking team composed a one-off bushfire smoke symptom survey to send to a small group of participants. The aim of this survey was to use the strengths of Flutracking as an existing community surveillance program to assess the community burden of smoke-related symptoms and gauge whether members of the community with increased risk (those with existing respiratory illnesses) were more affected by the smoke.

We asked a random sample of 1,200 participants in the Hunter New England local health district (Figure 1) if they experienced any symptoms during the two week period including Monday, December 2nd to Sunday, December 15th. We also sent the same survey to a random sample of 1,200 participants in the Hobart Region. Hobart had not seen elevated particle matter in the air and had little-to-no smoke in the period we surveyed. Surveying these two different regions allowed us to determine the proportion of symptoms that might be related to smoke in the Hunter New England area. 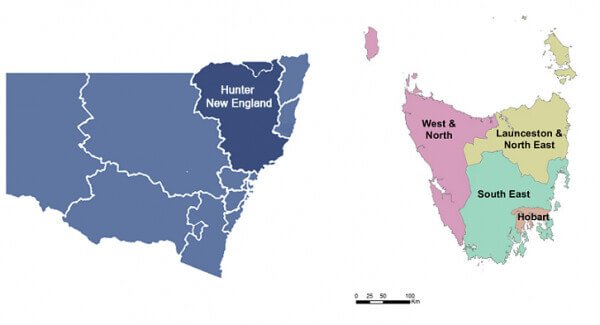 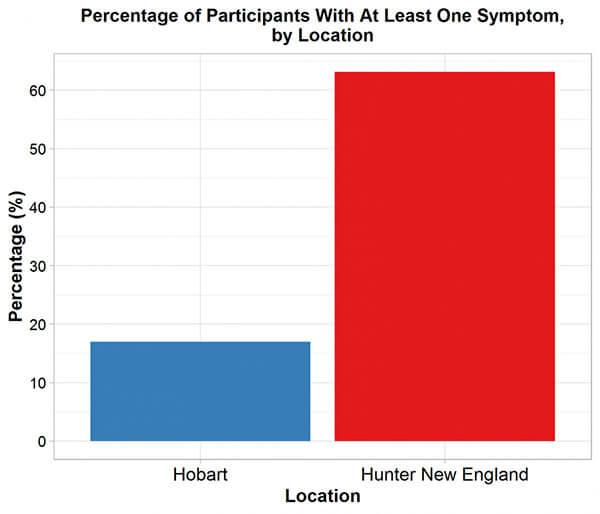 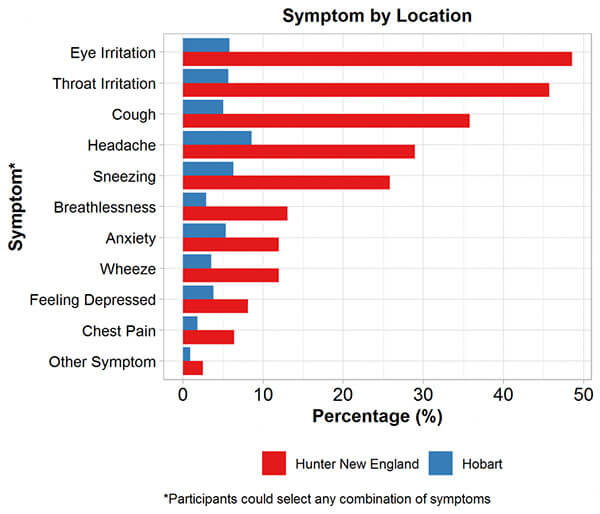 Out of Order Survey Analysis

What did we do?
We checked how many people do their FluTracking surveys out of order (for example missing a few weeks and then doing the most recent survey before the earlier ones) and whether this influenced when FluTrackers report being vaccinated.

What did we find?
Only a small fraction of people completed their survey out of order sequence and even smaller fraction changed their vaccination status at the same time.

So what?
We are now more confident that FluTracking data on the timing of vaccination is not being largely influenced by surveys being done out of order.

One question the FluTracking team had was how many of our participants complete their surveys in chronological order. More specifically, we wanted to find out how many participants complete their surveys out of order and whether that has any impact on collected data used for analysis. This question was especially important for participants who want to update their vaccination status, as they may inadvertently tell us they were vaccinated at a time they weren’t if they are answering several surveys out of order.

Out of order survey completion refers to surveys which are completed before other surveys that were sent earlier. For example; you could miss one or more surveys (perhaps you were away on holiday), and when you get back you click on the latest FluTracking email. However; because newer emails appear at the top of your inbox you probably complete the latest survey before the earlier ones that you missed. As a result; your responses would be 3-4 weeks out of order.

Normally it doesn’t make any difference to our data as long you remember to complete all the surveys; however, it makes a big difference if you change your vaccination status in an out of date survey because your vaccination time may be incorrectly recorded, and this could impact on certain analyses.

Because of the way the FluTracking platform sends out the surveys, it is likely many people have completed at least one survey out of date if they simply click the latest email they receive. However, because we allow our participants to ‘back fill’ up to five additional weeks they may have missed, it is possible that completing surveys out of order could mean our recorded ‘vaccination dates’ are out by up to 6 weeks! It was therefore quite important that we check the extent to which this problem might be present in our data.

Thankfully, the analysis showed there was really nothing to worry about. Most participants complete their surveys on time and don’t have too many surveys to back fill. Out of all the surveys we received, less than 10% were classed as out of date (i.e. were completed before earlier surveys). Importantly, when we looked at only those participants who changed their vaccination status and completed surveys out of order, the figure was even smaller. Less than 1% of participants who had to complete two or more surveys on the same day changed their vaccination status at the same time (refer to figure 2, figure 3, and figure 3 for comparisons).

NOTE: As a further precaution, we checked the length of time people generally back filled when they completed surveys out of order. Most participants (83.99%) who completed a survey out of order only missed 1 week, and only 8.50% participants filled back 4 weeks. Nobody was out by 5 or 6 weeks. Looking at all the collected data for 2018; there is really nothing to worry about. These analyses help us be confident in our analyses, particularly when we look at how Influenza Like Illnesses might differ for people who have been vaccinated against the flu.

Figure 3: Weeks Out of Order Comparison (Vaccinated Status Only) Chart

Figure 4: Weeks Out of Order Percentages by Week Table